Richard Branson wants to change your perception of people with dyslexia

Long before he was a billionaire businessman or had “Sir” attached to his name, Richard Branson was made to feel “stupid.” As a kid, he was actually beaten regularly – by the headmaster. The reason: his dyslexia.

“People were either assumed to be stupid in school or bright in school, and I was definitely put into the former class,” the Virgin Group founder said in an interview with USA TODAY. He didn’t know he was dyslexic until he was in his 20s.

Years later, Branson co-founded Made By Dyslexia, a charity led by “successful and famous” dyslexics that on Monday hosted its first global summit. Its mission is to help change the perceptions people have about dyslexia and create solutions to help dyslexic children in schools.

The list of people, past and present, who have some form of dyslexia includes Steve Jobs, Winston Churchill, Albert Einstein, Thomas Edison, Alexander Graham Bell, Henry Ford, Mohammad Ali, Steven Spielberg, and Keira Knightley. And 40 percent of the world’s self-made millionaires are dyslexic.

Microsoft, which on Monday became the first corporation to sign a Made By Dyslexia pledge, is addressing dyslexia through a series of newly updated Microsoft 365 “Learning Tools,” made free to educators. These tools will let students who are dyslexic write with their voice through speech-to-text inside Office web apps, or read aloud math equations through the Microsoft’s Immersive Reader tool. Microsoft estimates that about one in five students have dyslexia. 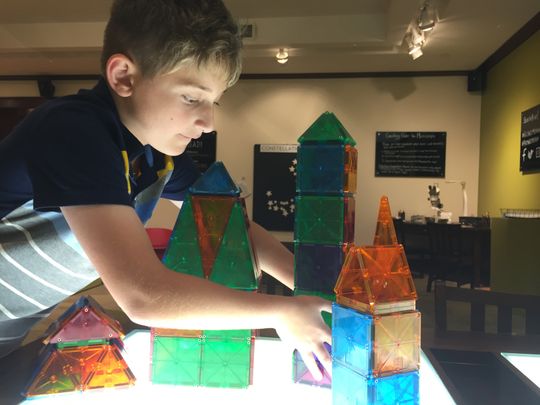 Mitra Niknam, a New Jersey mom, whose now-9-year-old son, Andrzej Huber had struggled for years with literacy prior to being diagnosed with dyslexia, says her son was finally able to read a Dr. Seuss book that was imported into the Immersive Reader tool.

“This is a little boy who couldn’t read and with Immersive Reader for the first time, he was reading,” Niknam says, fighting back tears. “I thought him being born was the best day of my life. Him overcoming his challenge, him finding his wings or starting to realize he could, was the most incredible day of my life because it freed him in way that he hadn’t felt free since the written word was introduced to him in kindergarten.”

“I think it is fantastic Microsoft is doing this,” Branson says.

Overcoming his own challenges for Branson meant focusing on the skills he was good at; he learned to delegate the skills and tasks he was not good at to others.

A lot of the things people with dyslexia struggle with, Branson says, “often, Google (has) the answer for anyway. You don’t need to learn in a conventional way anymore.”

The people who worked for him came to understand a kind of “Richard test.” As Branson himself put it, “if Richard could understand an address, then anyone could understand it. Instead of talking in jargon, we would keep everything simple.”

“Personally, I actually think dyslexia in the real world can be a big advantage,” Branson says. “We have a slightly different wiring to our brains, which enables us to think creatively and differently.”

Branson recalls a board meeting some years back where a director presented some figures. Branson asked whether the numbers were good or bad?

A director took Branson outside and asked him, “`Am I right in thinking you don’t know the difference between net and gross?’” This director then drew a picture of a fishing net on a sheet of paper and showed him fish in the net. “`Richard, your profit is what’s left in the net, and everything else is gross turnover.’ I was disappointed because I thought it was the other way around; I thought I was making lots more money than we were.”

Branson joked that “ever since then, I’ve been name-dropping net and gross and feeling very pleased with myself. Nobody’s been that impressed.”

But he admits that “it sounds too unbelievable that you could build a company with 80,000 employees not knowing the difference….The thing is, at the end of the month, you can get somebody else to add it up. As long as there’s more money in than going out, your company survives.”

Along those lines, Branson says that dyslexia is not something that needs to be “overcome” but rather “embraced,” “to encourage the positive side of it.”

One thing Branson would like to change is the word dyslexia itself. “`DYS’’ is very negative, dys- anything,” he says. Even “-lexia” he says, would be a more attractive name. “We’ll work it out.”

All credit goes to the author and/or original content creator(s): Edward C. Baig and USA Today