Instead of putting off the inevitable, the restaurant industry should place an order for universally accessible and usable digital offerings for people of ALL abilities 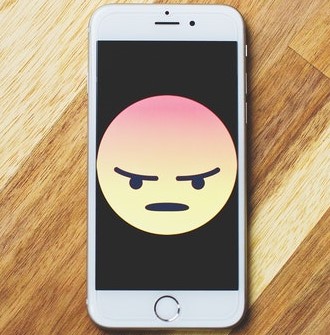 At My Blind Spot, we work with companies and other organizations of all types and sizes to help them fix their digital accessibility challenges. Today, I invite Domino’s Chairman David Brandon and CEO Richard Allison (and any other executives at the company) to sit down with me to fix their digital accessibility problem. It is not about winning and losing. It’s about doing what is right for everyone and ensuring that Ability is included alongside Race, Gender, Orientation, and Religion in both our social and corporate cultures.

This year is the 30th anniversary of the signing of the Americans with Disabilities Act (ADA) and we are still fighting for authentic inclusion and digital equity for those 62 million people living with a disability in the United States today.

In the 21st century, an age of technological wonders, 80% of all digital offerings, mobile apps, websites, software programs, and electronic communications are still not accessible or usable by those of us with a print disability. People with a print disability can be blind, deaf, deaf and blind, have a speech impediment, be mobility-impaired, paralyzed, have cognitive delays, organic dysfunction like dyslexia, or just be getting older.

Corporate giants like Domino’s intentionally opted to turn a blind eye and a deaf ear to customers who use assistive devices like magnifiers, screen readers, or speech-to-text technologies such as Siri. A California customer who also happens to be blind sued Domino’s because he could not use the apps or the websites that Domino’s offers to the general public for placing food orders. Under Title III of the ADA, he argued that the chain was discriminating against him because, as a place of public accommodation, the business must be accessible to all, regardless of their ability.

It was Domino’s position that the ADA did not apply to the app or website. It seemed for the company the fact that its physical locations were accessible was enough. Before it could proceed, the pizza giant asked the United States Supreme Court to review the case. The high court refused, which allowed the case in California to move forward.

Here is the problem, though. There is no legal consistency across the nation. As this article in Modern Restaurant Management explains, how an accessibility case like this is resolved depends on where someone lives. Some federal courts have held that restaurant websites are public forums, and as such, are places that are required to accommodate customers who have a disability. And yet in other federal courts, there seems to be a differing of opinion. Some courts require that the websites with violations or breaches be connected to physical locations in order for the ADA to apply.

I was very clear on this issue in a recent blog, Domino’s and others must make their goods and services accessible to all regardless of where the sale is completed. I just told my sighted friends that Domino’s is not permitted to be delivered to my house, unless and until I am able to make an order as independently as them. Until that happens, Domino’s has been “86’d” from our list of options on game nights. I got no pushback.

Especially as our society does more of life’s transactions virtually, ignoring online accessibility and usability is not only stupid, it’s shortsighted from a business perspective; it also happens to be illegal. In short, it is not only required by law, it is the right thing to do, and makes good business sense. Companies offerings services and wares via the internet should design, develop, and create digital offerings not just because it is the right thing to do, or reduces risk of litigation, but because it simply makes good business sense. The disability community has nearly $5 trillion in discretionary income in North America and disposable income totaling nearly $300 billion.

Instead of budgeting both human and financial resources to fighting lawsuits like these in federal court, as well as the court of public opinion, Domino’s and similar businesses would be better served by finding and implementing the simple programmatic solutions to this ever-growing dilemma. The codes and software needed to make their apps websites accessible to all are already here. They only need the vision and the will to solve the problem. They could leverage a miniscule percentage of the billions at their disposal and create a universal digital solution that will allow customers of all abilities to access their products. I say put off the self-driving robotic delivery vehicle research for a couple of years and address this immediate concern.